On Dec. 10 Manager Mike Johnson and District Area Manager Matt Mabe had the opportunity to attend the Maryland Washington Minority Companies Association (MWMCA) Minority Outreach Fair at Maryland Live Casino & Hotel in Hanover, Maryland. This event consisted of over 80 exhibitors and 1200 registered attendees presenting an outstanding opportunity for companies to network with one another and continue to grow. ULCS is a member of the MWMCA and has been attending this event for several years.

Established in 2002, MWMCA began its advocacy for minority and women in the construction industry before later expanding its work to advocate for all industries under the mission “Connecting Large & Small Businesses to Work Together.” ULCS is a proud to support the MWMCA. 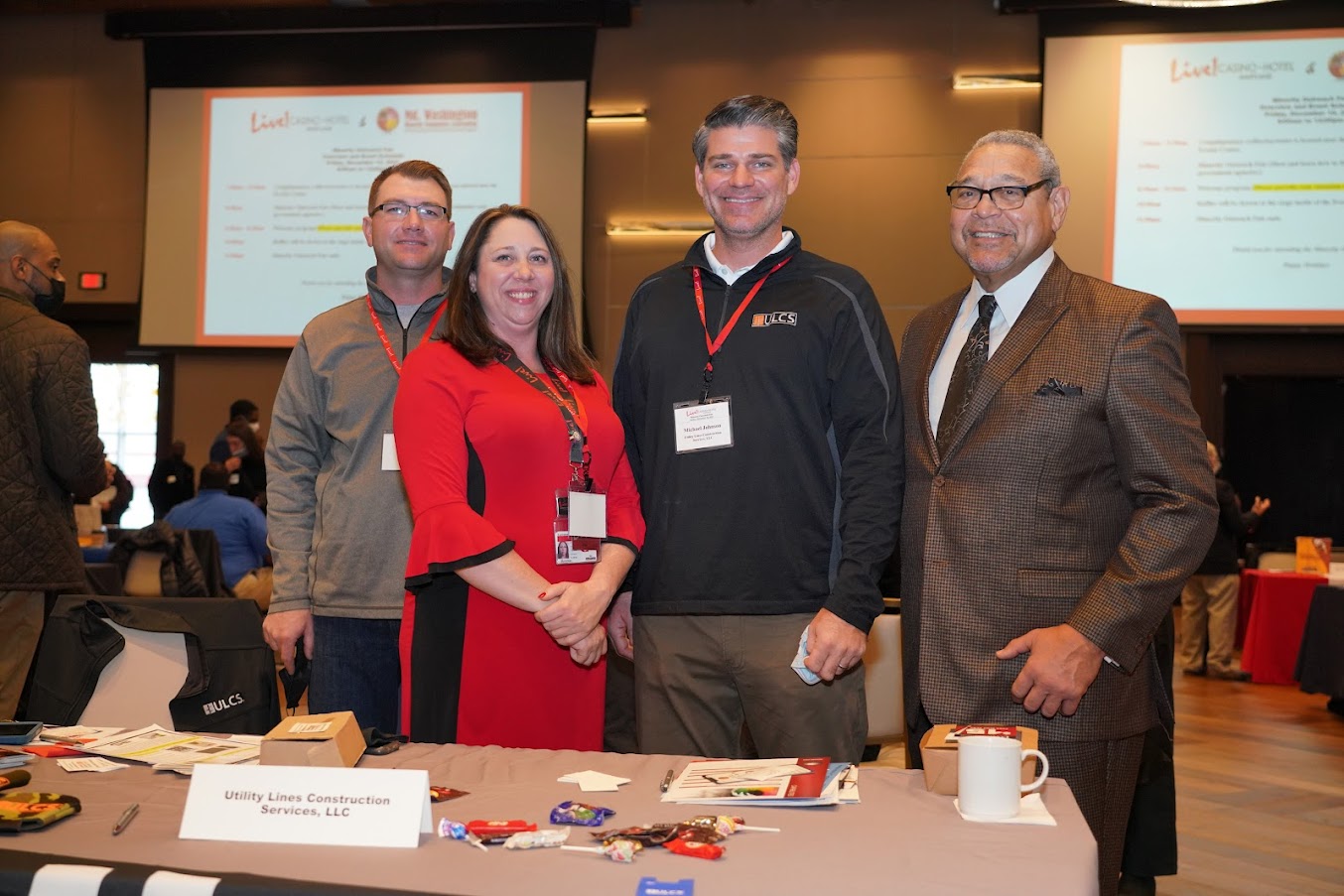