Employees Save a Life

On the morning of July 19, 2022, General Foreperson Kevin Ritter had just finished a crew visit with Foreperson Blake Rupar in Arcadia, Florida and was heading back on the highway when two semi-trucks collided causing one to roll off the road into the swamp below. Acting immediately, Kevin put his pickup into park, and ran over to assist the driver of the truck that had rolled over. After making contact with the driver, he started to remove the roof to gain access inside the cab. Kevin instructed an onlooker to call 9-1-1 while he assessed the scene and began applying first aid.

Meanwhile, Foreperson Robert Rogowski called Kevin to check in because he was late for their meeting. When Kevin explained the accident, Robert and his crew came to help as they were just down the road working. Once there, Robert and his crew immediately jumped in to help with first aid. The driver had a head laceration and his legs pinned under the steering column. After first aid was applied to the head wound, the bleeding slowed, and the crew began working to find a way to unpin the driver. As diesel was leaking out of the truck, Kevin decided to cut fuel lines to the engine as the keys were not accessible to shut off the engine. Once the fuel lines were cut, the crew stood by with the motor and exhaust with fire extinguishers in case of a fire.

Twenty minutes into the accident, EMS and Fire & Rescue arrived on the scene. They began removing parts of the semi and rigg with chains to release pressure on the driver’s legs as the crew continued to help with first aid. Forepersons Blake Rupar and Heston Braddock arrived about an hour into the accident to offer their assistance, allowing the crew members to rotate with EMS and Fire Rescue and passing out water.

After about three hours into the accident, Fire & Rescue was able to free the driver. With help from all members on scene, they made a human chain leading up from swamp to awaiting medical team on the road who flew the driver to the nearby trauma center.

Thanks to our company’s annual first aid and CPR training, this team was prepared to respond quickly during this emergency. Their teamwork with EMS and Fire & Rescue helped to keep the driver stable while awaiting MedFlight. In recognition of their courageous efforts, the team was presented with the ULCS Life Saving Award. 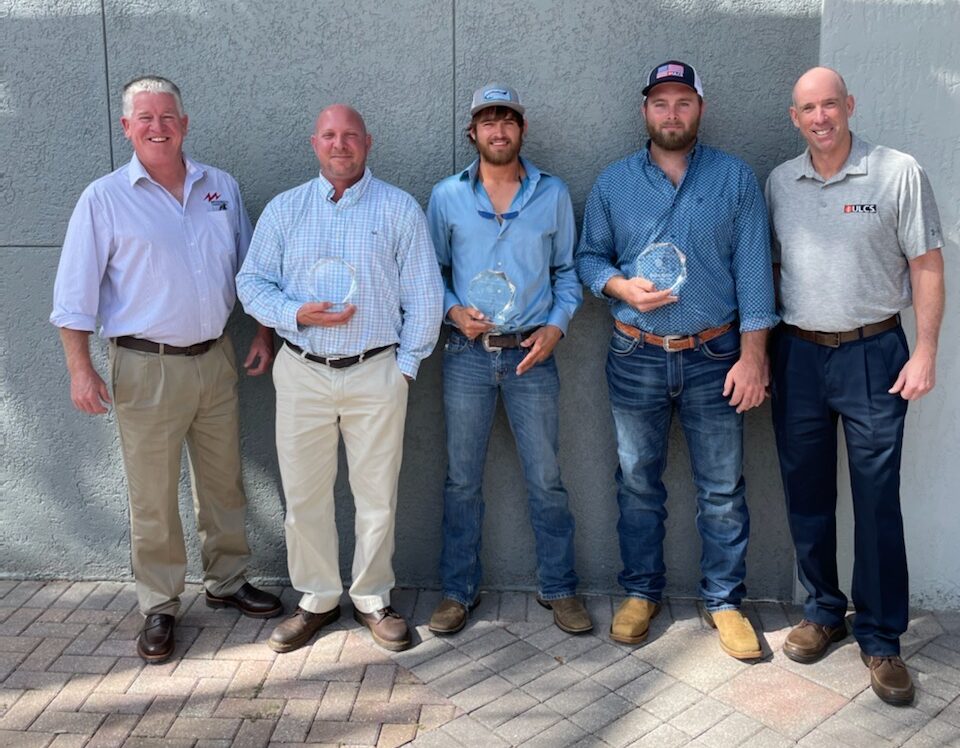 I’m very proud and grateful to all team members that were onsite and utilized their training in this incident.